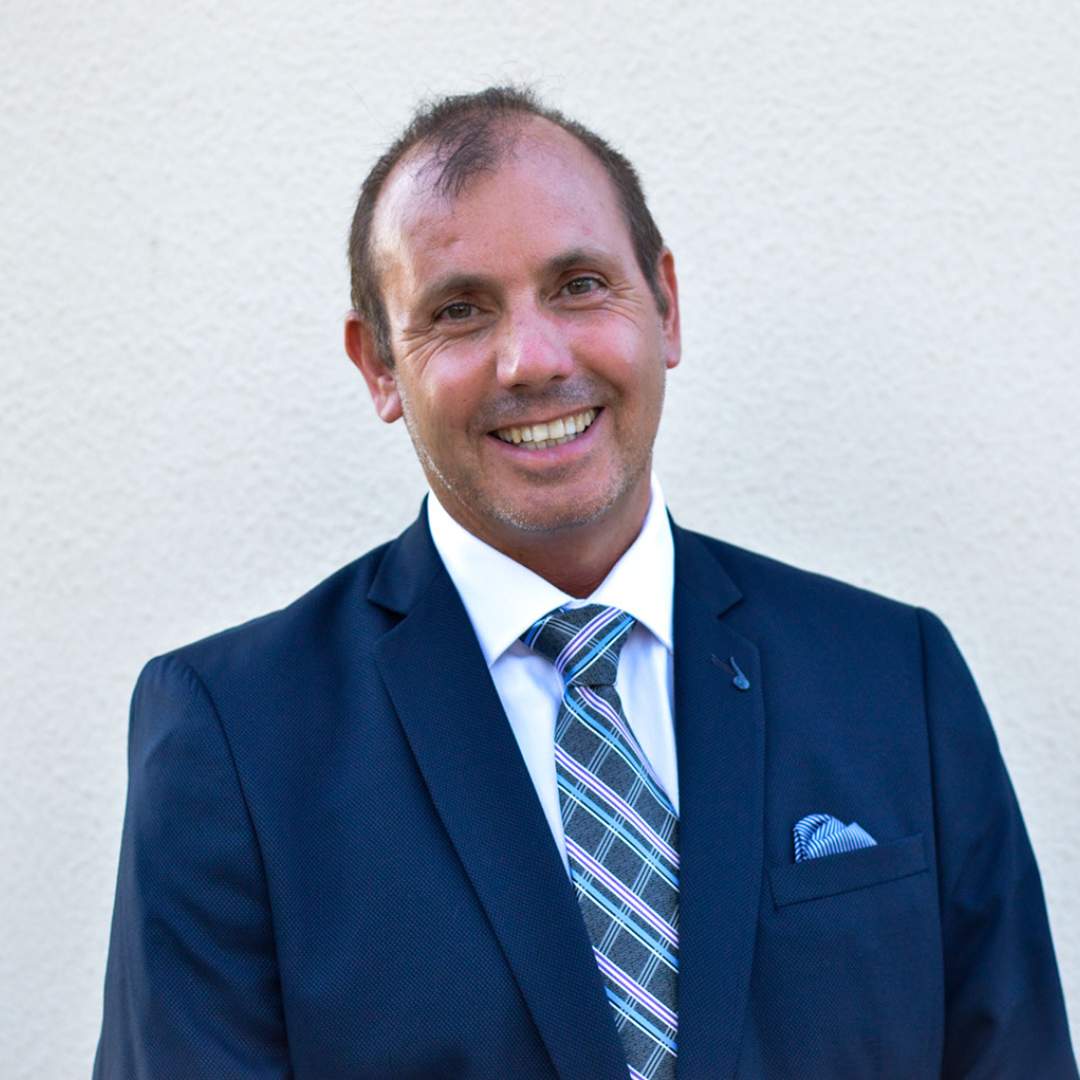 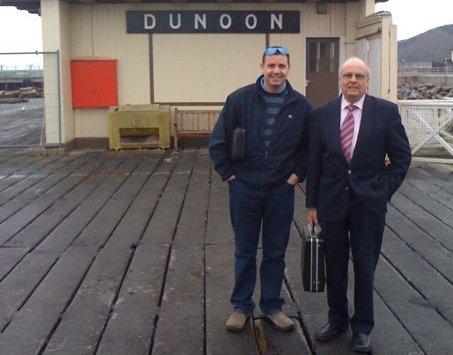 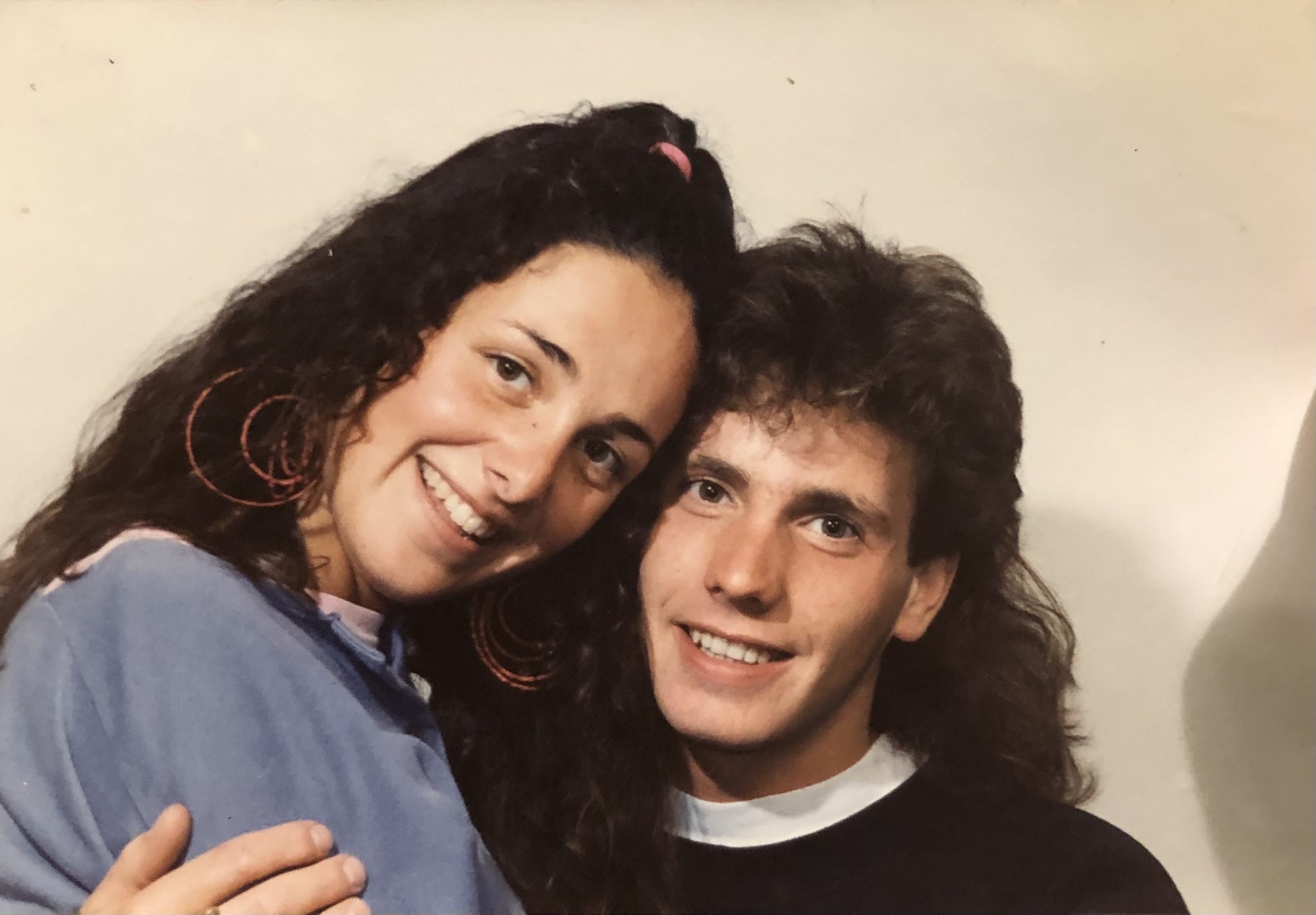 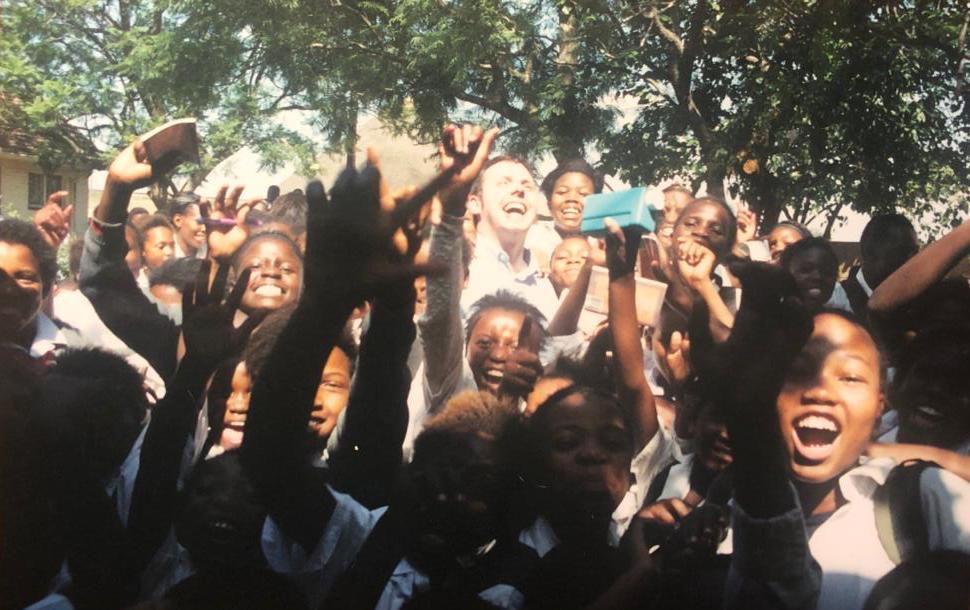 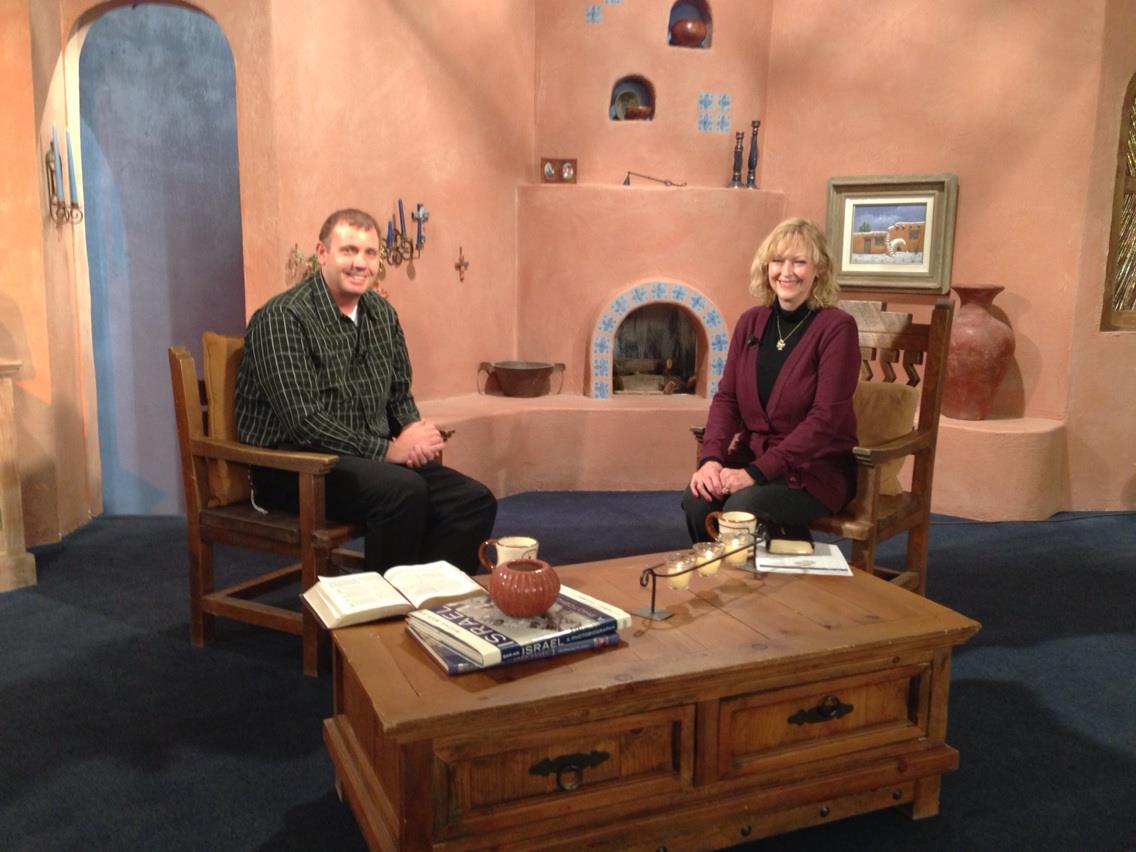 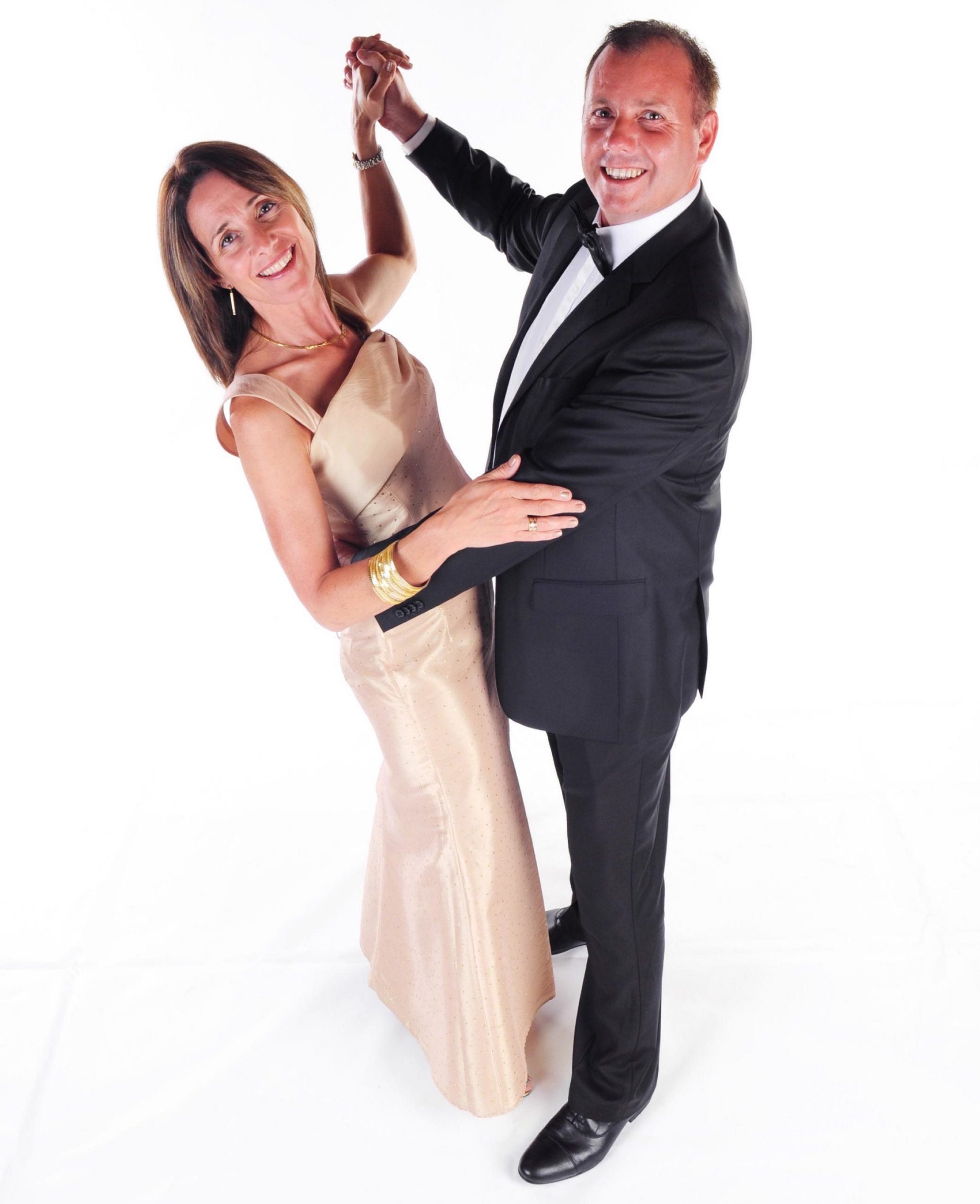 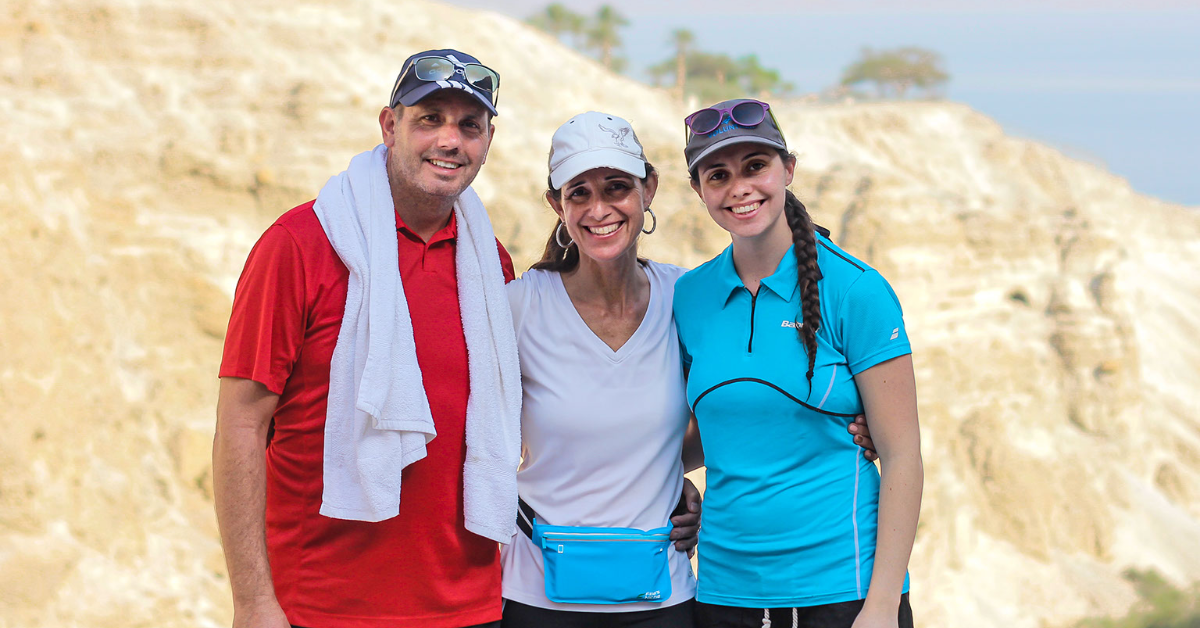 Kenny Russell was born in Glasgow, Scotland. The son of Baptist ministers, Alex and Eileen Russell, Kenny struggled at a young age to find his place in the world as a preacher’s kid. Determined never to be called a “PK” again, at nine years of age, Kenny went through an identity crisis and did all he could to separate himself from his family’s reputation — hanging out with the wrong people, stealing, swearing, smoking, and fighting. Completely unhinged and on the verge of being sent to a youth detention facility, Kenny’s parents did not know what to do with him and could only pray, relying on the Holy Spirit for a breakthrough. In the summer of 1982, as the last hope for their destructive child, Alex and Eileen sent Kenny to a Scripture Union holiday camp on the Island of Arron, believing God had a special calling on his life.

Learning about his family’s plans to send him away, Kenny plotted his escape. Following in his grandfather’s footsteps, Kenny was prepared to live on the run; nevertheless, the day of his escape did not go as planned. Intercepted by his dad, Kenny found himself stripped of all his plans and put on the ferry, making it impossible for him to flee.

With no other option, Kenny traveled to Arron, where he kept to himself and did everything he could to not participate in the “God” stuff. Then, on the evening of his birthday, Kenny was monitored by the leaders, who had recognized his absence, to make sure he would join the group’s evening celebration. Surrounded by kids his age, Kenny’s heart was cold as ice, seemingly unreachable by anyone who tried to minister to him. However, as a boy stood and shared how he was miraculously healed from Leukemia, the Holy Spirit (Ruach Hakodesh) filled the room, shaking Kenny to his core. He heard the voice of God say, “I am real; you know I am real. He who lies to himself is the greatest fool of all.”

Having searched for his identity, doing his own rebellious things, for more than two years, the moment the Holy Spirit poured into Kenny’s heart, he realized that his life choices had been a lie. Under the conviction of God, Kenny’s eyes were opened to see just how evil his ways were. Everything Kenny had associated with, including the person he thought he was, shifted entirely until all that was left was his need for a savior — Yeshua Ha’Mashiach (Jesus).

Later that evening, in his tent, Kenny surrendered his life to Yeshua and was set on fire by the Holy Spirit. The Word of God, which had been planted in his life through the years, came alive, leading Kenny to proclaim God’s glory and presence wherever he went! Rather than living a life of destruction, Kenny began speaking life, surprising his parents and the company he had once kept. Nevertheless, the transformation in Kenny’s life was met with a lot of resistance and persecution. In those early years, Kenny was often threatened, spat on, and challenged at every corner.

Being able to hear the voice of the Ruach Hakodesh clearly, Kenny searched for other believers like him; however, he was unable to find examples of those who clearly heard the voice of the Spirit as he did. Battling the temptations of Satan’s taunts, every day Kenny came against the lie the enemy was trying to plant in his mind. “Imagine serving God your whole life only to find out that He’s not real?” the devil would entice. “Imagine not serving God your whole life and finding out that He is real,” Kenny retorted.

“The very thing that I thought was no temptation became my greatest temptation.” ~ Kenny Russell

On one gray drizzling day, Kenny, now fifteen years old, stepped onto the school’s football field and cried out to God. He prayed, “God, I’m walking away from you today, and it’s not because I don’t love you, because I do love you. I just need to know your reality. I need to know that the voice in my head is the Holy Spirit and that I am not crazy!”

Redirecting his speech, Kenny spoke directly to the devil and declared, “Satan, I want to serve you notice today. If I find the living reality of God, I will come after you to the nations of the world, and  you will wish you never messed with me!”

Wiping the tears from his eyes, Kenny walked away.

For the next two years, life was prosperous for Kenny. He expanded his businesses, along with entering the music industry as a drummer and band manager. During those years, he didn’t face warfare or hear the voice of the Spirit. Then, at seventeen years old, Kenny, a border-line alcoholic, was doing a pub crawl, plastered out of his mind (as he calls it) when an explosion went off in his mind. BOOM! Instantly, Kenny was sober!

Confused at the sudden change in his countenance, Kenny looked around and heard the voice of the Holy Spirit for the first time in years. “Look around you,” the voice of the Almighty spoke, “they’re all hurting and crying out, ‘please somebody help me.’ Look at what you once had and look at what you now have.” Taken in the Spirit, the Father showed Kenny what his future would look like if he answered the call. “It’s time for you to come home. If you don’t come now, you’re going to miss your entire destiny,” the Holy Spirit warned.

Answering the invitation, Kenny walked out of the pub sober, the promise he had made to both God and Satan two years prior firmly embedded in his mind. God has shown His living reality, and Kenny would stop at nothing to share the Truth, thwarting the enemy’s plans at every turn.

Ever since that day, Kenny has walked with the Father, never wavering in his beliefs. Guided around the world, whether for business or ministry, Kenny has continued to evangelize wherever the Father has directed him, sharing the Good News of Yeshua to anyone who would listen.

At nineteen, Kenny spent his days going from London, where he ministered on the streets, to Spain, where he worked at a drug rehabilitation center. After returning to London one day, the voice of YHVH awoke Kenny and said, “Get up and go to Spain. Located at this fellowship, there will be a sign that says which restaurant they are meeting. Go there, and you will meet your wife.”

Without hesitation, Kenny rose and made his way back to Spain, following the Father’s directions. As he entered the restaurant, Kenny looked around in anticipation and saw that it was filled with older people. “Are you sure this is right?” He asked, doubting for just a moment. While Kenny was open to whomever Elohim had for him, he had hoped for someone a bit younger!

Just then, a beautiful young lady with long, dark, curly hair walked through the door. “There’s your wife,” the Father spoke. “Now we’re talking,” Kenny joked before making his way over to the woman.

Within a week, Kenny had proclaimed his desire to marry Hayley, though she thought him insane. Having recently told God that she wanted to focus on Him and not relationships, Hayley wasn’t convinced Kenny was the right guy for her. Nevertheless, after a whirlwind nine-month courtship, Hayley and Kenny married in Dunoon, Scotland.

For more than twenty-nine years, the couple has traveled around the word, ministering and discipling people from all walks of life. Witnessing miracles, healings, deliverance, Kenny and Hayley have lived their lives led by the voice of the Ruach HaKodesh. When He says, “GO!” they move. While obstacles and trials have met them through their obedience to the Father, it has not stopped them from walking in the calling YeHoVaH has set on their hearts.

Our testimonies are not only about how God has touched our lives but how He has used us to speak to others, bringing transformation and awakening into the lives of millions!